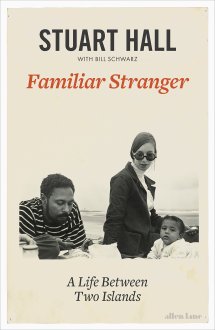 Stuart Hall’s considerable influence in the UK and abroad stems from his cultural, sociological and political trajectories (Back & Moreno Figueroa, 2014; Roman, 2015; Zhang, 2017), as these areas perfectly articulated throughout his life (Solomos, 2014). Familiar Stranger: A Life Between Two Islands (Penguin, 2017) is an excellent opportunity to glance over them in both personal and academic terms.

For those who aim to engage with the thought of the famous sociologist, Hall’s memoirs provide available, panoramic guidance. For those, like me, who seek in him the Jamaican immigrant, it is refreshing to see that the man has, in fact, lived in and out the establishment.

In reality, by centring the book’s narrative like that of a “stranger”, an image that Hall kept of himself until later life, editor Bill Schwarz allowed that a stream of conversations could unfold logically. We go through many of the doubts and concerns that spring from Hall’s move from Jamaica and become a witness of his awakening as an immigrant in Britain.

Kind, but mind-blowing, the emotional portraits of Jamaica appear to depict a place stuck in time. Many of these snapshots show how life in the colony is far from an assimilated narrative. Britain continued, by many senses, “present” in modern Jamaica.

The range of everyday situations that derive from Hall’s background is essential reading for anyone interested in seeing how colonialism works. Primarily because it is neither monochrome nor solemn: it was the White British man mocked on the streets of Kingston for its colourful clothes and excessively formal gestures; it was the Jamaicans’ detailed reproduction of the old British class order.

Indeed, Hall refuses to assess colonialism on binary grounds. Instead of “pessimism” (Jhally, 2016), one finds in his accounts a sophisticated dynamic that stirs a set of unrecognised identities. Colonialism is the drainage of other people’s culture and wisdom, as it is a lengthy collection of myths that will serve to probe the invader’s superiority.

The voice of the immigrant that underpins all this is the same of the academic. This is indistinctively a feature of Hall’s work (Ang, 2015). But we cannot stop perceiving how the former overshadows the latter. Tales of his life illustrate much of his theoretical points much more efficiently. For instance, his perception of physical difference, which manifests since his early stages of life (he was “the darkest” of his family). That context can clarify why he struggles in seeing himself as the “bursary-holder, Oxford student”, highlighting the “young colonial” who came to struggle with the vast collection of imperial icons.

This active consciousness of being “the other” while putting his efforts into developing familiarity with the concepts of this adopted nation creates an ambiguous scenario-setting throughout the book. The ability to accept and refuse the status-quo is something recurrent: on one side, Hall contradicts his otherness by engaging with British society at length; on the other, he enlists differences that do not go away.

Questions emerge on the nature of colonial or post-colonial taxonomy, if only for its epistemic view to be challenged. Hall quotes his wife Catherine (Hall) to ask: is Kettering a city in Northamptonshire or the little coast town in Jamaica of his memory? Allegorically, this sort of comparison also serves him to go back and analyse his family’s past behaviour, so black and yet so colonial.

Like many foreigners living in the so-called global cities of our time, Hall stashes away “colonial” moments to disclose them in crucial moments.  For him, this continued ambivalence of an immigrant’s consciousness mustn’t reach the level of cynicism but as a by-product of diaspora: “I characterise my particular brand of being ‘out of place’ as the product of a ‘diasporic’ displacement.” Bhabba’s “in-between” or Du Bois’s “double consciousness” are two of the thought-inspiring theories on which he draws during the conversation.

To break away from the early colonial life, to join the ex-Empire, then find himself moving towards a “re-birth” amid post-colonialism are phases of Hall’s life that –  amazingly – did not lead to resentment, or at least we don’t know it from the book. Despite the fact that he became the political protagonist and member of the academic elite that we know, his experience seems to have been one of discomfort, mainly when his political life had led him to tacit negotiations that entailed the racial, economic divides in Britain.

Familiar Stranger covers, for instance, the strategic ‘forgetfulness’ of the ex-Empire when new generations of Indian, African, and Afro-Caribbean immigrants arrived in the 1950s. For Hall, nobody could have possibly revived the memory of the British hosts, as they seemed to ask: “Who are these people? Where are they from?” The “disavowal of a collective force” has clashed with the long-dreamed expectation of millions who saw the British land as the promise, as in reality, it was the big “illusion” (a feeling also carried by Hall’s? it does not become not clear).

That the settlement of the colonial experience fails, Hall is aware, but where he dwells more often is on the link with the following decades of hardship, racism. Quoting the late 1950s’ riots as a response, Hall remembers how the “Windrush” generation would find itself continuously reacting to the most blatant racism in the media as a result. Readers might wonder what Hall would have made of 2017’s Grenfell Tower in flames.

Furthermore, the last two chapters of the book try to harmonise this back-and-forth journey from colonial to postcolonial, finding a possible projection of England as “home”. Hall lays out the case of Henry James, the White American author. James is one of the few literary names to grasp a broader diasporic side of living in Europe. James’ loyalty to his origins appears in his sense of impersonating a kind of immigrant that fearlessness assesses his position at the heart of the colonial heritage.

Again, we are back to discuss taxonomic choices. Hall’s prefers “British” over “English”, as he sees the latter term being “denied” for someone of his skin colour. By making these exercises of meaning, Halls settles his condition in British society, perhaps as a neutral element. Partner to a white woman; member of UK’s “radical” New Left; a protagonist in academia, these were his safe ports, as he categorically asserts: “I wanted to change British society not to adopt it”.

Nonetheless, some questions remain: Is complete integration, as we know, as Hall knows it, still a viable or replicable experience? How do we remember a younger generation of colonial or post-colonial taxonomies and repertoires in the age of identity-based positions? What place has the immigrant’s truth amid the ever-reproducing colonial myths? Is Hall’s genuine independence of mind still available for us, 21st -century immigrants in the UK and elsewhere?

Living the adopted reality without “giving himself away” is Hall’s inspiring tale of his life as an immigrant, from which we learn his unique mode of diasporic thinking (Rizvi, 2015).

In times of turbulence for immigrants around the world, and migratory journeys to Britain made increasingly harder (to be worsened after Brexit), Familiar Stranger enlightens on the impossibility of integration. As Eric Hobsbawm also mentions: A Polish man migrating into the UK will be a Polish man in the UK, not a new arrival to the “community”.

In the face of a wide range of limits imposed to any idea of one’s insertion in contemporary, cosmopolitan society, within and outside cultural borders, Hall’s reassessments can inspire a broader reflection on the everlasting effects of colonial taxonomies. This is seen to this date: the detachment (or forgetfulness) of the British locals on crucial aspects of their legacy around the world, as well as the detachment of the new immigrants of their adopted nations’ past.

In both cases, Hall’s voice still tells us that settling down in a foreign land should not drive one’s acceptance of inherited meanings as a given, but an invitation to adequately and moderately challenge them as they manifest in the everyday routine.

Ang, I. (2016). Stuart Hall and the tension between academic and intellectual work. International journal of cultural studies, 19(1), 29-41.

This site uses Akismet to reduce spam. Learn how your comment data is processed.