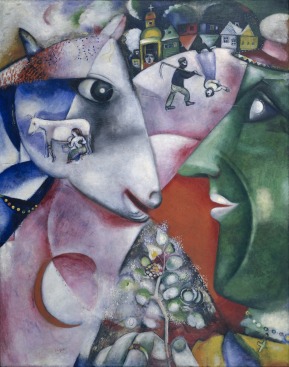 Arendt’s style is not for beginners. She throws at you lots of background information, random quotes in Latin, archaic terms, tricky references. However, once we join her, at least when we think we do, it is hard not to transform her reason into a shared passion.

The Watergate scandal and the Pentagon Papers are already too far from our generation. In the face of post-Snowden outrage, the public slowly gets used to Trump’s politics as a natural consequence of democracy. But after all, what does Watergate tell us today regarding what one thinks of good and evil government?

After we escalate the Arendt mountain, we can enjoy the view of her profound reflections on an early decline of the United States, but which seemed unlikely in the early 1970s. The US government comes up as a machine of “problem-solvers”, governmental liars, and disinformation in the high ranks. She also places guilty to the universe of “intellectuals” that helped to theorise the war:

“What is surprising is the eagerness of those scores of “intellectuals” who offered their enthusiastic help in this imaginary enterprise, perhaps because it demanded nothing but mental exercises.”

As we watch new Syria tensions on the rise,  Arendt’s initial thought that “the only individual who should not take uninformed decisions is the President of the United States” is strikingly true. The many degrees of complacency with US-native ignorance is a history apart, but the series of myths that have led to the Vietnam war, once unveiled in the Pentagon Papers, cost a huge price in US trustworthiness seen to this day:

“No reality and no common sense could penetrate the minds of the problem-solvers who indefatigably prepared their scenarios for “relevant audiences” to change their states of mind – “the Communists (who must feel strong pressure), the South Vietnamese (whose morale must be buoyed), our allies (who must trust us as ‘under-writers’), and the US public (which must support the risk-taking with US lives and prestige).

So much so because these categories haven’t changed a lot today (perhaps from Communists to “terrorists”?), but one could argue that they matter little. The extent to which the lessons from an ill-fated Vietnam War can be all forgotten is Arendt’s primary concerns. Ultimately, is having Donald Trump at the office in 2018 still a surprise to the same outraged public? What this quick naturalisation of such man in power tell us about the relevance of US prestige, power, and decline? A genuinely independent follow-up to Hannah Arendt’s lucid account needs to be written as soon as possible.

Robin Lane Fox’s Pagans and Christians in the Mediterranean World

Fox’s book is from the 1980s but the 2006’s edition still attracts lots of interest. At some point in 2016, I decided to learn more about what was “paganism” and what was its relationship with Christianity.

In fact, Fox’s writing and method are labyrinthic. His prose is kind and gracious, but his prose envelops you with bits of evidence here and there, then it goes over and over before it finishes a point, which ends very far from where it started. It does not matter though. His proof is sharp, and he’s the best thing a historian can be, sceptical.

At the end of the 800-page book, which took me nearly a year, we have an engaging narrative that includes Pagans, Christians, but also Manicheans, Persians, “perfectionists”, “over-achievers”, and other labels. The way Fox feeds these names makes it easy to map the mentality of the years 250-325 when the book seems to focus upon.

When looking at Christianism we might not recognise its current bureaucratic face. Indeed, from a religion of death, martyrdom, never-ending fasting and zero sex, it has suffered numerous deaths across history. On the other hand, Fox’s book invites fresh reflection on traces of the Christian faith in its continuous mutation into the modern world.

I am not sure if it is the case of stretching Christian influence up to the so-called ‘identity politics’, or to the renovated focus on notions of truth (fake news) and chasing purgatory for deviant men (The Weinstein scandals), or even to the modern sanctification of children. These contemporary developments may reach to one’s mind when learning about the slow counter-attacks from the Christians against the Hellenic religious order.

In any case, after reading Fox’s lines on the dubious interests that drive a religion into mass expansion (state and society, personal and collective, emancipatory and correctional), I would not say that the Christian faith is lost in the context of the West. At worst, we have it thriving under another name.

Lithuania’s case of anti-semitism underneath the skin

The New York Times story about how anti-semitism has been entrenched in Lithuania’s urban fabric has a potential for greater debate. Although based on the anti-semitic past and how it is mingled in the urban fabric, it focuses on how facts (the country’s massive adherence to the Nazis) are met with denial.  It is when the legal verbiage “occupation” equates Soviet oppression with Nazi mass-extermination. I’ve seen many of these traces of denial in my visit to Vilnius in 2015. To be fair, I was received very well during my stay and there is no single trace of contemporary, open anti-semitism. However, the “holocaust” museum that does not dare to say the name of the perpetrators, the obscurity of the locals on the “diaspora” that ended exterminated in the suburban wet forests remain very little known and people seem happy with this.

Leave aside the name of many Lithuanian-Jewish artists that migrated that lie forgotten in the public imaginary. The brilliant painter Lasar Segall is one of them.

Marc Chagall: In search of a new fascination

I was walking through the streets of Hampstead, London, when I was faced with a painting. It was on a peaceful road close to the Finchley and Frognal station. It was a quiet Winter afternoon when even the birds have all gone silent. What I spotted that purposefully decorated living room, with a charming chandelier, in complete emptiness, I thought: it was definitely a Chagall.

I am not sure what type of individual has such self-confidence (and confidence in London’s safety) to do this shameless and informal public exhibition of such artwork, but it gave me a spell of fascination for Chagall’s rural landscapes. His scenes are all made of chaotic, colourful characters. It is surreal. It is romantic. It is nonsense.

I just can think of “I and the Village” (1911) as an allegory of his entire body of work, as a symbol of Chagall’s relationship with reality, or better saying, of ignoring reality.

This particular painting is an assemblage of many characters, with a prominent horse face in the foreground. If Chagall meant to represent his Hasidic village so beautifully and saw magic in it, I am authorised to seek the same fascination of being in a gloomy London of mid-February without going mad.

This site uses Akismet to reduce spam. Learn how your comment data is processed.